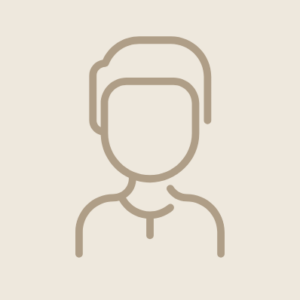 Walter Tasman Conder (1888-1974), prison governor and wireless station manager, was born on 18 October 1888 at Ringarooma, Tasmania, son of Jones Henry Conder, commercial clerk, and his Scottish wife Allison Mary Maxwell, née Gibb. ‘Wally’ Conder boarded at Launceston Church Grammar School in 1902-07. School captain and commander of the cadets, he not only distinguished himself at rowing, boxing, sprinting and horse-riding, but also represented Tasmania at football. He became a master at the school in 1908, studied part time at the University of Tasmania, and in 1914 moved to Victoria to teach French, history and mathematics at Melbourne Church of England Grammar School.

In August 1914 Conder enlisted in the Australian Imperial Force and was commissioned in February 1915. He was wounded at Gallipoli on 25 April and returned to Australia in June. After convalescence, in August 1916 he was appointed by Colonel R. E. Williams to take charge of Langwarrin Military Camp on the Mornington Peninsula. In October he was promoted captain, and major in September next year. Conder made many enlightened improvements in the routine of the camp’s inmates, most of whom had venereal disease: the twenty-four hour guard was removed and Conder arranged for soldiers to receive their pay (hitherto withheld); he also established a military band and encouraged gardening. Langwarrin remained relatively free from diseases such as meningitis, so common in other camps.

On 1 April 1922 Conder was appointed governor of Pentridge Gaol and inspector of prisons for Victoria. His ideas of prison reform, at a time of prisoner strife in Victoria, provoked the wrath of some authorities, but he served a useful term as governor, and generally raised prisoner morale. He resigned on 31 October 1923 when the offer of a high salary by J. C. Williamson Ltd proved irresistible.

Conder’s initial task at J. C. W.’s was to ‘clean up’ the operations of the company, particularly ticket sale abuses; but his main job, in the first years of wireless in Australia, was to control the firm’s new interest in the field—the Broadcasting Co. of Australia Pty Ltd, which later merged with Dominion Broadcasting Pty Ltd. He was totally dedicated and worked long hours from his office in His Majesty’s Theatre or his room at the Athenaeum Club. He presided over a major technical innovation, the reduction of 3LO’s wave-length, and helped to establish radio’s popularity in Melbourne. It was said that 3LO owed its early success to Conder’s ‘genius for organisation, his vision, and enthusiasm for all things affecting … radio’. When the Australian Broadcasting Co. took over 3LO under government contract in 1930, he left to organize Melbourne’s centenary celebrations. Failing to become the first general manager of the Australian Broadcasting Commission in July 1932 he got the job in April 1933 after the first manager, Harold Williams, died.

Known as ‘the major’, Conder was superb as a showman and organizer of entertainment. His time as general manager saw the famous broadcast of the England to Melbourne air race, and the first A.B.C. national concert tours. But while he worked well with the first chairman, (Sir) Charles Lloyd Jones, he clashed with W. J. Cleary, chairman from July 1934. Conder believed that programmes should be arranged to suit the masses. He did not believe in many talk sessions or in controversial broadcasts. He wanted more sporting programmes, more entertainment for its own sake, or as he put it—’everything on the air but hot air’. Cleary could not accept either Conder’s outlook or his ‘barrack-room standards’.

Early in 1935 Cleary alleged irregularities in Conder’s expenditure of A.B.C. funds but the precise details remain unclear. The commission dismissed Conder but granted compensation equal to one half-year’s salary. News of his ‘resignation’ came as a complete surprise to the public.

With the aid of his severance money Conder formed a company to run Ivan Brothers’ International Circus but the enterprise failed. He was unemployed for some twelve months, before being appointed to Australia’s 150th Anniversary Council in September 1937; next year he worked for the Tasmanian Tourist Bureau. From March 1939 he was unemployed. Declared bankrupt in February 1940, when he could not be located, a warrant was issued for his arrest for contempt of court. He was held at Pentridge for a few hours before his release was arranged. In April 1940 he was given permission to go to the Middle East with the 2nd A.I.F. as General (Sir) Thomas Blamey’s entertainment officer. In 1944 he managed a United States Army hostel in Rockhampton, Queensland, and in 1944-45 the Pitt Street American Red Cross Club, Sydney.

On 14 July 1945 at St Matthew’s Church of England, Manly, Conder married Cora Jeanne, née Wood, a hospital matron, and they sailed to England. Conder joined the Ministry of Information and lectured on ‘A new life in Australia’ throughout Britain. In 1947-51 he ran the Swan Hotel, Bedford. He went to New Zealand in 1952 where he managed some breweries, the Empire Hotel, Wellington, and, later, the Tattersall’s Lottery. After organizing the Festival of Wellington in 1962, he suffered a coronary occlusion. Survived by his wife, he died at his home in Nelson on 3 November 1974 and was cremated.

This article was first published in hardcopy in Australian Dictionary of Biography, Volume 8, (MUP), 1981