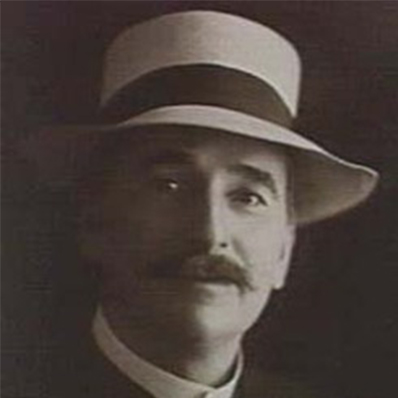 Philip Peter Jacob Wirth (1864-1937) and George Wirth (1867-1941), bandsmen and circus proprietors, were born on 29 June 1864 at Beechworth, Victoria, and 30 July 1867 in Sydney, sons of John Wirth (1834-1880), a musician from Bavaria, and his English wife Sarah, née Phillips. Having arrived in Victoria in 1855, John and his brothers travelled the eastern colonies as itinerant musicians; in 1858 ‘Werth’s band’ was engaged with Jones’s National Circus. About 1867 John bought land at Dalby, Queensland, and erected a hall where he gave music and dance lessons. Ashton’s Circus passed through Dalby in 1870 and engaged him as a bandsman. He was joined by his sons John and Harry, and later the younger Philip and George. Sarah and the daughters eventually settled in Sydney. In 1878 the band played for the opening of the railway at Tamworth, New South Wales; it also performed in processions, at bush and city balls, and at parties; by 1879 its members were again in Queensland with Ridge’s Royal Tycoon Circus where they probably learned their first performing stunts.

About 1881 the brothers joined Ashton’s Circus as Wirth’s Tourist Band. Next year they set up their own troupe. John played the cornet, Harry the bass, Philip the trombone and George the tenor horn, each alternating with ring performances that included tumbling, horizontal bars, contortion, club-swinging and trapeze. Buying wagons and horses, they began travelling as a small circus. By 1887 it was the largest in Australia. While touring Victoria in 1889, they adopted rail transport. Thenceforth crowds flocked to see the arrival and unloading of the circus train wherever it went. In 1888 the Wirths visited New Caledonia and in 1890 New Zealand. There, on 28 September, Philip married Sarah Jane Hodgson (d.1929) at St Mary’s Church, Parnell, Auckland. George was an agile clown and ‘jockey rider’, but, following an accident, became business manager in 1889.

With the onset of the depression, in 1893 the Wirths decided to tour South Africa where, on 9 October 1894, George married Margaret Bain at the Church of St John the Evangelist, East London; they were to remain childless. A seven-year odyssey took the circus to South America, England, South Africa again, India and Java, before it returned to Perth in August 1900. The deaths of John junior in 1894 and Harry in 1895 left control to Philip and George, and their sister Marizles. A spirited and sometimes bitter struggle ensued with Dan and Tom Fitzgerald, who had become Australia’s leading circus proprietors, until their deaths in 1906 when the Wirths largely absorbed the rival company. The Fitzgeralds’ management innovations—and their customary presentation of a gold-mounted whip to the Melbourne Cup winning jockey—were continued. In 1907 the Wirths leased the Olympia building in Melbourne (now the site of the Victorian Arts Centre); by then, elephants had been added to the circus menagerie.

Wirth Bros Ltd Circus was incorporated in 1913; in that year the brothers inherited a fortune from an American uncle. George, ‘a small man, brown and wiry’, sported a toothbrush moustache. Philip, whose moustache in early life was a flourishing handlebar, towered over him. Each year they, or their trusted lieutenants, searched for fresh acts and brought such artists as the Flying Codonas from the principal circuses of Europe and North America; by contrast, local talent was seldom engaged or developed, although Philip was an excellent trainer of horses and somersault equestrians. Both brothers acted as ringmasters. Built for £40,000 by the Sydney Municipal Council and leased to the brothers, Wirth’s Hippodrome opened in April 1916. Rebuilt in 1927, it became the Capitol Theatre.

Apart from an unsuccessful tour to Java in 1935, Wirth’s Circus confined its operations after 1900 to Australasia. George and Philip published autobiographies, Round the World with a Circus (1925) and The Life of Philip Wirth (1934). They belonged to the Australian Jockey and the Victoria Racing clubs; George was also a member of the Victoria Amateur Turf Club and the Royal Automobile Club of Australia; Philip was a Freemason and a member of the Royal Agricultural Society of New South Wales. On 5 March 1929 he married Alice Maud Willis at St Aidan’s Church, Berrigan, New South Wales. Survived by his wife, their five daughters and two sons, and by a daughter of his first marriage, he died at his Coogee home on 29 August 1937 and was buried in the Anglican section of North Adelaide cemetery. His estate was sworn for probate at £33,379. George had retired in 1930, but in 1936 became a director of National [film] Studios Ltd, Pagewood. He died in Sydney on 16 October 1941, leaving an estate sworn at £49,126. His wife survived him. Australia’s most outstanding circus continued to be run by Philip’s family and was the only one permitted to travel in Australia during World War II, albeit on a reduced scale and with its itinerary limited by petrol rationing. Wirth’s Circus flourished after the war, declined with the advent of television, and in 1963 disbanded.

This article was first published in hardcopy in Australian Dictionary of Biography, Volume 12, (MUP), 1990