Mark St. Leon is an Australian circus historian whose family performed in Coney Island at Thompson and Dundy’s Luna Park in the early 1900s. The St. Leon troupe of bareback riders, acrobats and tightwire artists who came to the U.S. was led by his great-uncle Alfred and starred Alfred’s children Elsie, Ida and George. Elsie and Ida also performed the lead role in the play Polly of the Circus produced by Luna Park founder Frederick Thompson. The St. Leon troupe did their circus act in a film directed by Thompson called The Whimsical Threads of Destiny (Vitagraph, 1913) and in a newsreel featuring their acrobatic act for the Lubin film company. (Both silent films are now lost.) In 1926, another branch of the St. Leon family who billed themselves “The Honey Family” performed at Luna Park. Research at the New York Public Library of the Performing Arts led to Mark’s discovery of photos and news clippings about the St. Leon family’s performances in Coney Island.

Mark St. Leon is descended from Australia’s earliest circus family, whose roots go back to his great-great-grandfather in 1847. He began researching his family history at age 17 and among his surprising discoveries was that their surname St. Leon was not “a genuine French name” as he has been told growing up. The family name had been invented to promote their circus. St. Leon has written numerous books and articles about his family’s history in the circus and Australia’s circus history, including Circus: The Australian Story. 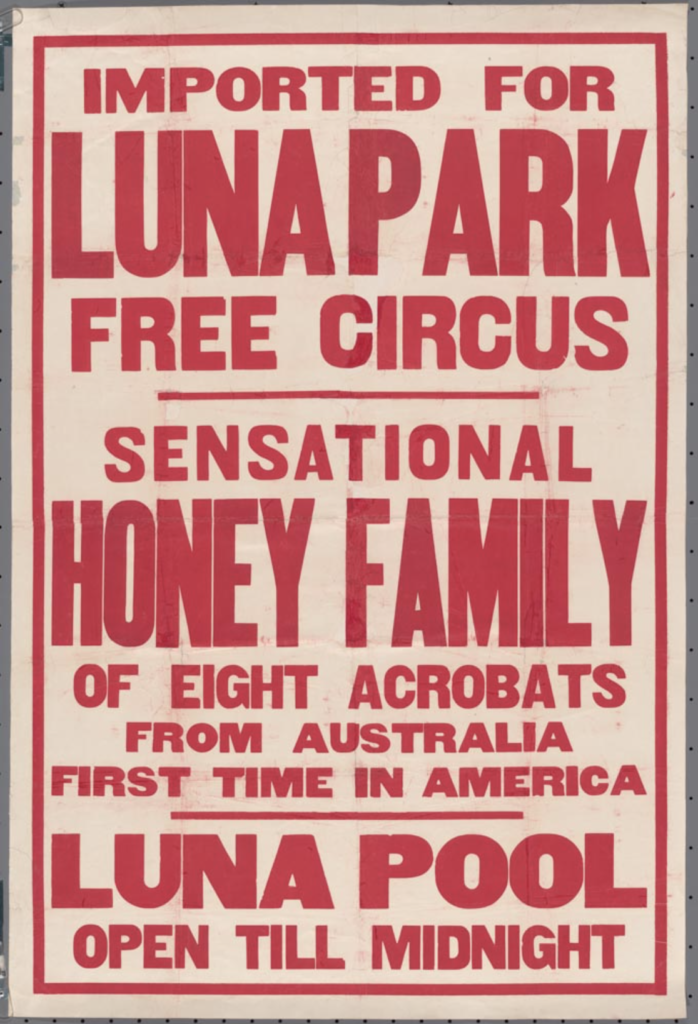