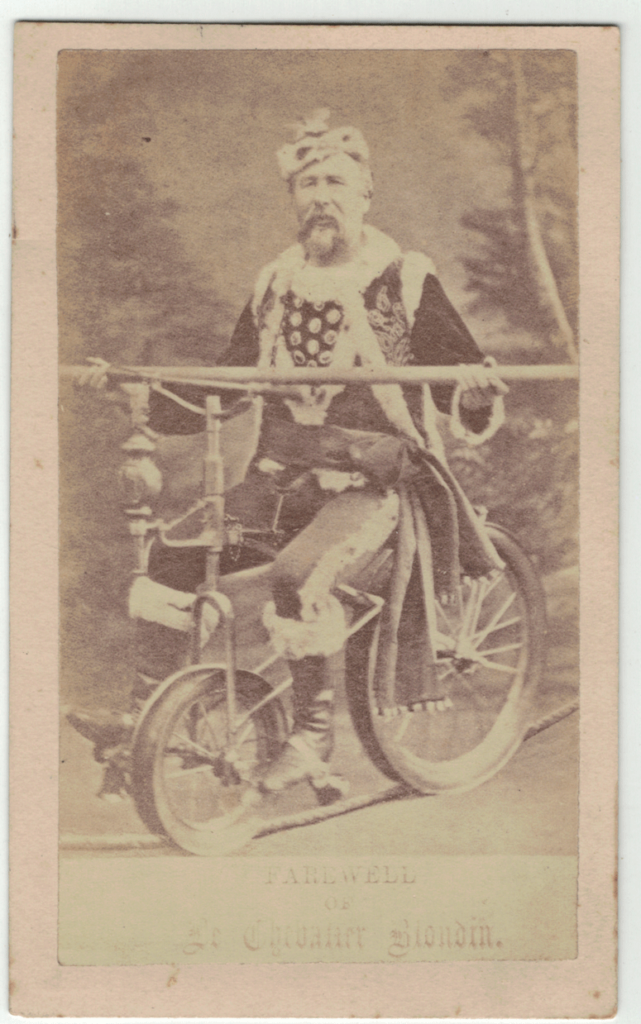 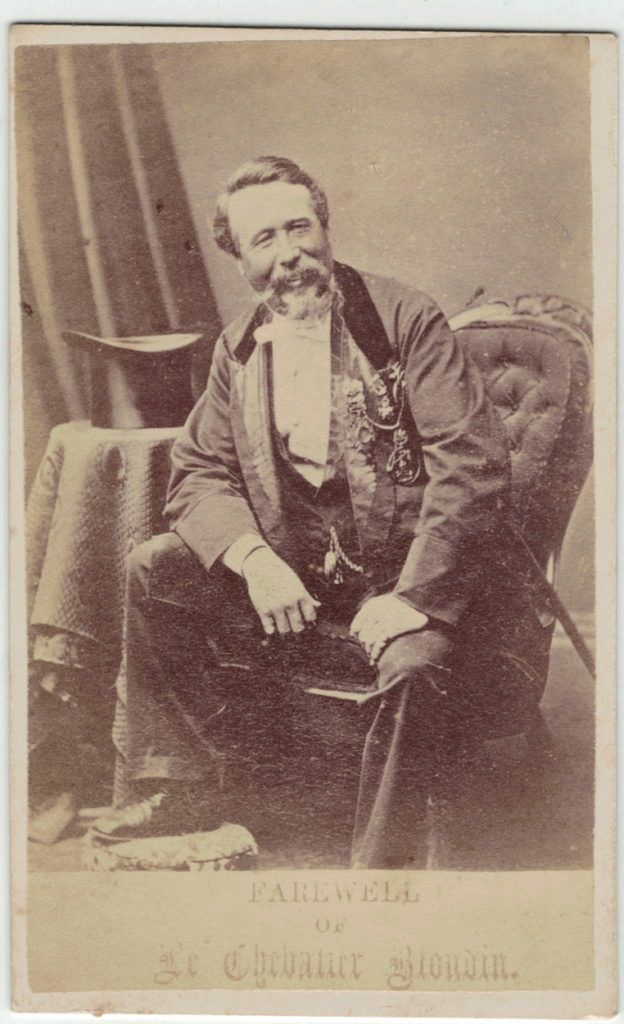 Pictured above is Jean Francois Gravelet, better known as “Blondin” (1824 – 1897), the famous French tightrope walker who won worldwide fame by walking a tightrope across Niagara Falls in 1859. He visited Australia twice, in 1874 and 1875, and performed before enormous crowds. These photographs were taken in Melbourne.

His name became so synonymous with tightrope walking that many employed the name “Blondin” to describe others in the sport. For example, there were at least five people working with variations of the Blondin name in Sydney in the 1880s. James Alexander, of Geelong (1860-1918), who like several of Blondin’s antipodean imitators, billed himself as “The Australian Blondin” is pictured below.